From Zelda Wiki, the Zelda encyclopedia
(Redirected from World of The Legend of Zelda)
Jump to: navigation, search

A diagram depicting the official Zelda universe from Encyclopedia.

The universe in which 'The Legend of Zelda' takes place. Although the connection between the various lands, worlds, dimensions, and realms is often ambigious, The Legend of Zelda Encyclopedia is the priminary source for the structure of the world. What follows is a basic overview of the Zelda universe structure and layout. For extended overview regarding the actual history of universe see the Zelda Timeline, and for extended history, lore, and culture regarding locations, see their corrosponding pages.

The universe is split into three distinct "planes": The world of The Heavens lie on a higher plane than the world called Hyrule, and the lower plane of existence beneath both is the world of the Underworld. Outside of these three planes, there also exist the Minish World and the inverted world of Lorule.

The Heavens, also referred to as the Distant Nebula, is a high plane of existence. It is connected to the world of Hyrule, specifically the Light World. It is also connected directly to the Land of the Spirits of Good. Not much else is known about the Heavens, other then the fact that the Golden Goddesses likely reside there.

The world of Hyrule

The universe is home to the land called "Hyrule". Within Hyrule exists two lands called the Light World, and the Land of the Spirits of Good, as well as connected parallels, such as the Twilight Realm. After the Great Flood occurs, the world of Hyrule becomes a giant ocean. 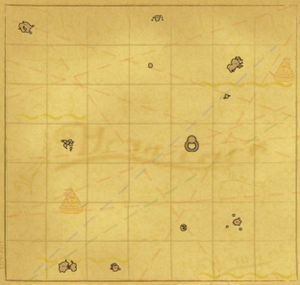 The Kingdom of Hyrule

A parallel version of the Kingdom of Hyrule called Termina, formed around the burdened heart and memories of Skull Kid, temporarily came into existence for three days (in limbo), and was ultimately erased from existence after the fourth day.[2] During it's existence, the pathway to the world and the world itself existed within Hyrule Kingdom.

A kingdom which depends on it's fashion industry. It is North of The Kingdom of Hyrule.

Holodrum and Labryanna are two parallel worlds that exist within the Light World, and are connected to The Kingdom of Hyrule.

Koholint Island is a parallel world which exists within the dream of the Wind Fish somewhere on the outta waters surronding the Kingdom of Hyrule. After the Wind Fish awakens the world ceases to exist.

The Twilight Realm is a parallel version of the Light World which exists "behind" it.

After the Great Flood, The Neighboring Sea now neighbours the Great Sea; the now flooded Kingdom of Hyrule. As the name suggests, the sea neighbors the submerged kingdom.

World of the Ocean King

The World of the Ocean King is a ocean realm that exists parallel of the Neighboring Sea.

A sea located in the world-wide ocean. It is an unknown distance away from the Great Sea, and Neighboring Sea. The Open sea is connected to the Land of the Spirits of Good.

Land of the Spirits of Good

The new Kingdom of Hyrule founded by Tetra and her crew upon the discovery of the Land of Spirits of Good and the establishing of friendly contact with the native Lokomo.

The underworld is on a low plane of existence. It is likely the source of all of most of the evil within the world of Hyrule. It is connected directly to the Land of the Spirits of Good.

Other dimensions and worlds that exist independant of The Heavens, Hyrule, and Underworld. 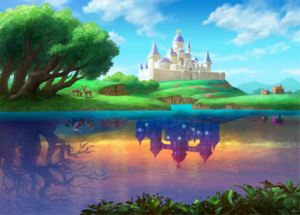 The world of the Minish race. The world is connected to the Light World, however it does not exist within the same plane of existence, insteading existing independantly on a level between the The Heavens and Hyrule.