The Zora Seas constitute a vast sea in the land of Labrynna in Oracle of Ages.[1] As the name suggests, the Zora Seas are home to the Zoras (most of which are found within the Zora Village). The Zora Seas are found to the west of the Sea of Storms, from whence the water flows. To the north is the South Shore and the Fairies' Woods. The only noticeable landmark of the Zora Seas is the Eyeglass Island Library. 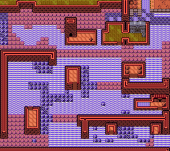 The filthy Zora Seas in the past

When Link first arrives at the Zora Seas in search of the seventh Essence of Time, he will find the entire sea polluted, causing much discomfort among the Zoras,[2] and blocking off much of the sea. When Link arrives at the palace of the King Zora in Zora Village, the throne will be empty, the palace abandoned. Link learns that, long ago, their king perished of an unknown illness, leaving the Zoras without a king.[3] The young hero then travels to the past, where he finds the king near death due to an illness for which the Zoras cannot find a cure.[4] Thankfully, Link is able to cure the Zora King by giving him a Magic Potion, thus saving his life.[5] Atferwards, the King Zora expresses his gratitude towards Link, promising to never forget his good deed. The king also confirms that his illness was indeed caused by the filthy sea water.[6]

Returning to the present, Link will find the king alive and well. However, Lord Jabu-Jabu, the guardian of the Zoras (who holds the Essence of Time inside him), has also fell ill to the filthy seawater. The King Zora will only give Link permission to enter Jabu-Jabu once he has cleansed the seas and cured Jabu-Jabu.[7] To aid him on his quest, King Zora grants the young hero the key to the Eyeglass Island Library, in the hopes that he can research the cause of the filthy seawater.[8]

Once Link opens the library in the past, he will learn of a Fairy Queen who protects the seas from evil. However, the fairy, who lived on an island west of the library, has supposedly disappeared.[9] Some inhabitants of the library have reported seeing a strange beast inside the cave where the fairy used to live.[10] When Link goes to investigate for himself, he discovers that the strange beast is actually the Fairy Queen, who has been cursed by Veran. Veran's curse is also the cause of the filthy seawater. The Fairy Queen will ask Link to bring her some Fairy Powder to cure her.[11]

With the Fairy Powder, Link is able to cure the Fairy Queen, who will then cleanse the seas.[15] Link then gains permission from the King Zora to enter Jabu-Jabu's Belly.[16]