From Zelda Wiki, the Zelda encyclopedia
(Redirected from Zelda in my Pocket)
Jump to: navigation, search

Zelda in my Pocket is a Legend of Zelda fansite that focuses on covering the vast number of handheld games from the franchise, including the assortment of games in the spin-off sections, such as the Tingle Series. It is currently owned by David, and is run by a small, precise selection of staff. The goal set forth by Zelda in my Pocket is to have a small, clean site, that is full of content, but to abstain from becoming one of the bustling metropolis that many fansites have morphed into. [1]

Currently, the site is coming out of a hiatus, and staff members are still being collected, but the site is already repopulating at a quick pace. For a while, the site largely focused on the games found within the Tingle Series. Doing this made a name for the site, as it was -and still is- the home of the first English guide for Ripened Tingle's Balloon Trip of Love.[2] However, the site is now moving on to cover the rest of the more "traditional" handheld games that will appeal to a broader audience.

The current staff members are as follows:

On Jan. 13, 2009, it was announced that the site was to launch on Feb. 1st, 2009. However, due to some busy schedules and health issues, it was decided that the launching of the site would be temporarily delayed and set for a later time. 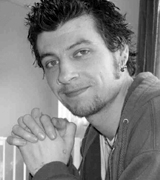 The new launch date came and went without any word as to why there was a delay. Shortly after, the staff members grew unsure of the future of ZimP when no news from Hylie was given. Many of them started showing up less and less frequently, assuming that the project would be resumed at a later time.

On March 9th, word was received that Duncan "Hylie" Ruffle had passed away on March 7th, 2009 after he lost his battle with skin cancer.

The future of Zelda in my Pocket was unknown for over a year, but there was some discussion in November and December 2009 about restarting the site.[3] Finally on January 8, 2010, the domain http://www.zeldainmypocket.com/ was purchased by David, a former friend of Hylie's, and the site was managed by Alter, a former content writer of ZimP. Work immediately began on the site, with the official release date slated for February 1, 2009, exactly one year after the original release date was planned.

The site was launched at midnight on February 1st, 2010 as planned, and got off to a great start, with a handful of dedicated staff and members. Three weeks later, it was decided by the staff that it would become a blog-based website, and a new temporary 2.0 layout came along with that change. The layout was quite rough in design, as it was meant to simply be a placeholder at the time, but the site grew nonetheless.

In mid-late March, 2010, there was a disagreement between the staff members in which it was decided that the website would be placed up for sale. Although several offers for parts of the site's content were made, a reasonable offer was never placed. During this time, a new site theme was designed in order to help the sale, but when the layout was released, the site traffic more than tripled. The site was then pulled from the "shelves", as its value had greatly risen.

Shortly after, a number of new staff members joined the team, including graphic designer Matthew Barber, coder Alex Plunkett, and editor Chris Jenkins. About that time, Zelda in my Pocket created a slightly altered layout, which was called 3.5. This layout introduced reworked sidebars, which effectively switched the positioning of the affiliates and the game buttons. The layout also integrated links for Zelda in my Pocket's respective Twitter and Facebook pages, as well.

In the middle of May, 2010, the site pulled off a large-scale hoax, involving the creation of a brand new Tingle game. They announced that they had received information regarding the development of a new Tingle game, and told everyone that more would follow. The game was supposedly titled "Kakashi: The Search for Tingle", and included Kakashi, one of Tingle's past friends, as the main protagonist. Although it was hinted at that the game was being developed by Vanpool, it was actually being created by the Zelda in my Pocket staff members. This was unknown to the rest of the Zelda Community, where the rumor was spreading like wildfire, reaching the main pages of websites such as Zelda Universe, Gamespot, and many others. Over the next few days, artwork (which was later revealed to be fan-made by the staff) was released, which only severed to increase the rumors. Finally, Zelda in my Pocket broke the news, announcing that they were making the game as a fan project, and not Nintendo or Vanpool.

In July, 2010, the site upgraded to version 3.5.6, also known as the Kakashi version, due to the first release of Kakashi: The Search for Tingle. Along with changing the header character from Tingle to Kakashi, several minor graphical improvements were made, including the proper aligning of the footer, the content, and the background. It also updated the image of Princess Zelda in the header to a customized piece of work. The only other notable change was that many of the images and textures were changed to smaller file sizes, drastically reducing the website's load time.

Today, the site is online and functional, with an ever-growing collection of content, staff members and fans alike.