[Nox-edit]Kagun, I'll ban you if I see anymore shit like this. BTW, good job.

This actually makes perfect sense. All North American game releases are on a Monday, so the 14th is feasible, and merely 11 days later is our expected release date for the UK - Friday 25th November, as all game releases here are on Fridays. It wouldn't surprise me if the game's Japanese release was the 3rd or 10th November either.

It's not always a bad thing.

Ocarina of Time was delayed for two years.

A-hunting we will go

I see I am no longer a sysop. My total lack of dedication wasn't good enough? :P Anyways, I leave you with a suggestion: You should fix the connection errors that assault the wiki like the plague, for obvious enough reasons. By the way, somebody needs to unprotect my user page. I had that protected so none of my mortal enemies would mess with it, but now I can no longer edit it. --Captain Cornflake 06:22, 1 January 2006 (GMT)

The connection problems I know about. I only get a million messages about them every time the happen. I've spoken with Zak and we don't know the problem. I've looked online and haven't found anything. I don't know how to fix it. --Jason 12:48, 1 January 2006 (GMT)

I don't know if it is because of the upgrade but the autothumbnailing software doesn't seem to be working anymore. Old generated thumbnails are still usable but it isn't creating new ones. — Ian Moody (talk) 16:34, 1 January 2006 (GMT)

To be perfectly honest, dunno what that is. >_>... you most likely know more about wiki markup than I do, so possible to describe the autothumbnailing thing? Or link to an example where it isn't working? When I see it I'll probably have an idea of what's going on. --Jason 18:18, 1 January 2006 (GMT)

Sorry about that. The wiki software is designed (or maybe it is an extension? I don't know) to automatically create thumbnails of images when you place then on a page with a specified size. This is useful because when you just display a large image at a smaller size it looks jagged and ugly, but the wiki software actually uses a smart resize like Photoshop or Paint Shop Pro do to automatically creates a seperate smaller image that looks smooth and nice. this happens whenever you add a size into an image link like so:

But for some reason it won't create the new images anymore. And a couple of the old thumbnails it is getting the links to wrong such as on 'The Legend of Zelda' and Kalle Demos. An example of it happening would be this: 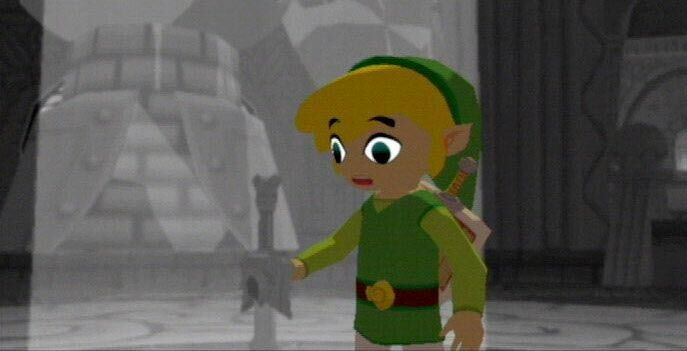 I know what you're talking about now. I actually looked into this bug before when the software was first installed - unfortunately, I was not able to find the solution. When I have more time, I'll look into it. When it first appeared, I noticed it stood out in the gallery, where there were lots of error messages. I did what I could, but failed to get rid of the messages. I'll keep trying to fix it, though. --Jason 22:59, 1 January 2006 (GMT)

Well, News nowdays isn't handled as single articles for each story. I propose we merge them by year to match current standards and scrap the categories for each year. Axiomist (talk) 06:51, 4 November 2009 (UTC)

Sounds like a good idea to me. When I dumped all these news updates into yearly categories, it was the best way I could see at the time of keeping them archived and organised. Now it's clear that we'll never need to revisit this method of newsposting again, I'm all for merging it into a single (and more usable and searchable) archive page, in date and year order. May need some planning first (possibly a template to format it all nicely) —Adam [ talk ] 21:59, 4 November 2009 (UTC)

One page per year, and one talk page per year :p I'm thinking to set it up as a collapsible archive as we do with the Featured Article voting. Another option would be to place this discussion in the talk space and the comments that were related to the news items in with the actual news post. Axiomist (talk) 00:30, 10 November 2009 (UTC)

Alright, then. When it gets approved, we'll be there to help out. I suggest we assign several people to different sections, such as May-Nov, 08 to prevent a storm of edit conflicts. When these pages are created and the content merged, we assign people to merge the pages into the yearly ones. This prevents confusion but still allows for things to get done. Once we finish, you can delete the articles we created to get there, too. How's that sound?—Justin(Talk) 01:37, 10 November 2009 (UTC)