This page is an archive. The contents have been moved from another page for reference purposes only, and should be preserved in their current form. Discussion or voting on this page is not current. Please do not add new comments to this page because they probably won't be noticed by anyone. Instead, direct any comments to the current talk page.

As it has been pointed out elsewhere, this article's information has now become outdated with the release of newer games. It doesn't use any references, and although the topic is a very popular one, it's highly subjective when compared to the largely factual body of information normally promoted as Featured. --Adam 08:23, 10 May 2008 (UTC)

Maybe controversial, but this article seems to me to be just one amongst many. It's no longer the latest game (as it was when it became Featured), and wasn't actually voted in but rather selected by the staff. Also, the single token reference doesn't really cut it, and the YouTube video included doesn't work. --Adam 08:23, 10 May 2008 (UTC)

When this article was featured, it was definitely the best website article on the wiki, having been one of the first to use the infobox and be properly subdivided and include references. However, now that so many other website articles have been improved in the same way, it's simply average. Fairly short, and it seems a little unfair to promote only one of our member sites in this way. Also, nearly a year on it seems that the controversy of the launch must have died down enough to make it less than newsworthy. --Adam 08:23, 10 May 2008 (UTC)

This one's been around for a long time, and while it is a nice article, it's nothing revolutionary. The sections are pretty short, and while interesting it's hardly that noteworthy. Time for a change methinks! --Adam 17:40, 11 June 2008 (UTC)

This one was my nomination, and I wasn't so sure at the time that it us good enough. But I nominated it anyway for the sake of having at least one place as a featured article. Now, compared to the other great articles we've featured, it doesn't come up to the same standard. --Adam 17:40, 11 June 2008 (UTC) 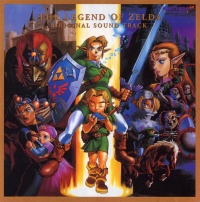 I actually really like this image, just not this version; it's too busy, cropped and covered in logos and text. I've suggested here that it be replaced with what I consider to be a much better version. However, given that it's so different, perhaps the fairest thing to do would be to remove the current featured image and upload and re-nominate the new one separately? --Adam 20:19, 13 May 2008 (UTC)

Not a fan of this image. The background (as others have pointed out) is very dull, the image itself is hardly exceptional, and it's not even from a Zelda game! I wasn't keen on this being featured at the time, except back then we had no opposition voting process! --Adam 17:40, 11 June 2008 (UTC) 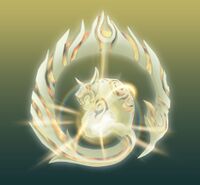 Okay, I know I uploaded and nominated this one. And while it's good quality and I like the subject, that's about it. It's not an exceptional composition, the background is dull, and it's one of a great many Twilight Princess images. Also, since it took over 2 months to get enough votes to be featured, I suspect that if we'd been running the opposition voting scheme at the time it may have never made it. --Adam 20:19, 13 May 2008 (UTC) 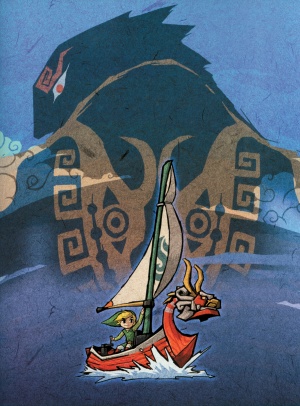