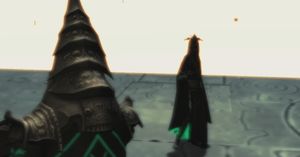 Turmoil in the Twilight Realm

Zant, who had served in the Twili Royal house, desired to take the throne. Zant was known to have a great lust for power and a thirst for conquest of the World of Light, Hyrule. He was dissatisfied with the imprisonment of the Twili, believing that they had been locked up like insects in a cage, and that the Royal Family did not want to do anything about its people's condition.[1][2] The Twili distrusted this ambition to rule, however, remembering how such lust for power had caused their ancestors to be imprisoned in the first place.[3]

Due to his ruthless nature, the Royal family chose Midna to become Twilight Princess instead, causing Zant to become enraged. He longed to be the King of Twilight, and gain the special powers befitting the true ruler.[4] Zant fell into a depressed state, cursing the Royal Family for their lack of ambition.[2] 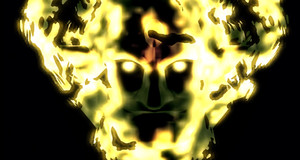 One day, shortly after the proclamation of Princess Midna as the Twilight Princess, Zant fled out onto one of the high balconies of the Palace of Twilight, greatly saddened and frustrated that he had been rejected by his people. Pounding his fists into the ground and groaning over his loss, Zant turned his head toward the heavens in search of an answer to his woes and was stunned by what he saw: a great, all-consuming orb of dark energy was hovering over the balcony on which he stood. This orb then descended upon the balcony, engulfing Zant in the process. Inside, he saw a manifestation of a fiery head, the head of Ganondorf.[5] Ganondorf posed as a god to Zant, offering to house his power in him and give him the strength to take the Throne of the Twilight Realm by force, in exchange for release from the Twilight Realm once Zant had secured himself as ruler.[6][7]

He also promised Zant that he would revive him without fail,[8] leading Zant to believe he was being promised immortality. Blinded by his shock and lust, Zant agreed to this proposition and was endowed with a fraction of Ganondorf's power.

Overthrow of the Twilight Princess 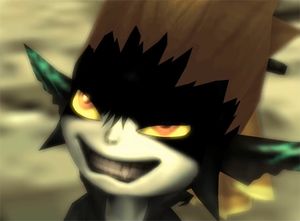 Zant donned his fearsome mask and attacked the Palace of Twilight, using his power to transform the Twili into Shadow Beasts.[9] Using some of these reinforcements, he easily conquered the Palace of Twilight and faced the Twilight Princess herself on one of the palace balconies. As Midna backed away in fear while Zant approached her, Zant waved his hand and struck Midna to the ground. However, when she recovered, she realized that not only had Zant knocked her off her feet, but he had also transformed her into a small, impish creature.[10] Horrified by her new appearance, Midna fled the Palace of Twilight.

Meanwhile, Zant usurped the throne, proclaiming himself King of Twilight. He took the two sacred orbs, the Sols, that were the sole source of light in the Twilight Realm and sealed them within the eastern and western wings of the palace, guarded by Zant's Hands.[11] This action left the Twilight Realm susceptible to darkness and brought much sorrow and misery amongst the transformed Twili as they were forced into submission to Zant. While the Twilight Realm suffered beneath Zant's wicked rule, Midna was able to successfully use her power as the true ruler of the Twilight Realm to escape the realm to Hyrule, hoping to form a plan that could dethrone Zant and save her people. She found such power in the Fused Shadow.