Glitches in Breath of the Wild

These are the glitches which are possible to perform in Breath of the Wild. Please read the Glitch Disclaimer Notes before attempting any of the glitches on this page. This page should be constantly updated with the latest glitches and patches.

Clip Into Walls Using A Horse 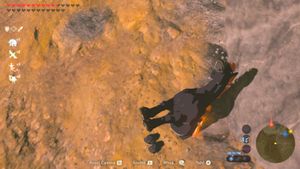 A Horse clipping through the ground

Dark Beast Ganon Out of Bounds 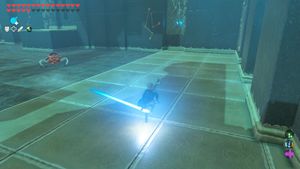 Link with a Guardian Scout's beam on his leg 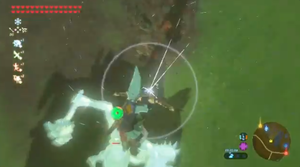 Effect: Stores Link's orientation from when he last shield surfed.

Stuck with a Seal

Drop a Fire Jelly and hit it with a sword. As you get damage, hold an item and teleport.

Stand shoulders deep into water. Hold an item, jump and spawn a bomb. Detonate the bomb, and n the third frame of the explosion animation, pause the game and teleport away.

Dye Clothes With Any Ingredient

Healing on a Horse

Get Damage on a Horse

Go Under the Mud

Defeat Bosses in One Hit