The logo of the Game Boy Player. 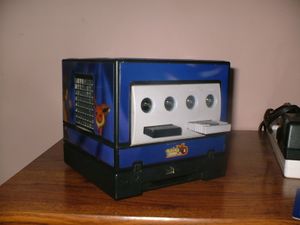 The Game Boy Player attached to a Nintendo GameCube