Please improve it as you see fit. Editing help is available.
This article has been flagged since June 2016.

The Final Boss, much like in any video game, is the last obstacle standing in the way of the lead protagonist's mission. Often, the final boss is the mastermind behind the plot of the game, much like the role Ganon recurringly plays in The Legend of Zelda series. Whether their plan is to take over the world, gain the true force of the Triforce, or rid the land of peace and serenity, this final showdown is the antagonist's ultimate chance to destroy the hero. Ganon is the most popular boss of the Zelda franchise, but the games have seen a variety of different lead antagonists. The final boss often has a puppet, or minion who precedes him, like Zant in Twilight Princess or Agahnim in A Link to the Past, who appeared to be the primary antagonist of the game until the plot took an unexpected turn storyline-wise, revealing the main antagonist to be a larger, more influential figure, such as Ganon himself. 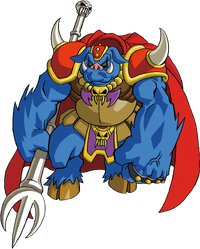 Ganon is the most frequently recurring final boss of the series, namely because his ties to the Triforce and to Hyrule itself outweigh any other antagonist in any other Zelda title. As the wielder of the Triforce of Power, Ganon assumes an incredible strength, not only physically, but magically as well; his ability to transform the land and its atmosphere to suit his dark desires is a power used in a more positive light by his representative goddess, Din. Throughout the series, Ganon exists in human form as Ganondorf, in pig form (weilding a Trident in some incarnations), and even in beast form in Twilight Princess, using different aspects of the Triforce of Power to morph into stronger, more menacing monsters.

Ganon is the Final Boss in: 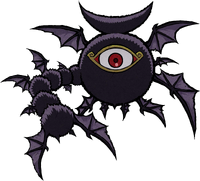 Vaati is the second-most recurring antagonist in the Zelda series, only after Ganon, appearing in a total of three games. Vaati is a Minish wind mage who uses his dark magic to get his way, in his search for the Light Force of Hyrule through selfish motives. Like Ganon, Vaati also can change form, last of which being his intimidating "Wrath" phase. Vaati only appears as an antagonist, however, whenever Link is forced to pull the Four Sword from its pedestal in the Elemental Sanctuary, releasing his spirit, only to be sealed back into the sword during the game's finale.

Vaati is the final boss in: